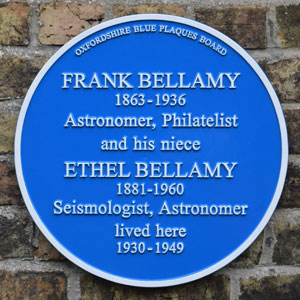 Frank Arthur Bellamy (Figure 1) was one of the greatest philatelic literature collectors of all time. After the library of the Earl of Crawford was bequeathed to the British Museum (now in the British Library), Bellamy’s library was considered the largest in the world until its sale in 1938.

Bellamy was born in Oxford on 17 October 1863 as the seventh and last child of a college butler and master bookbinder (perhaps one of the reasons for his love of books). He was employed at Radcliffe Observatory from 1881 onwards (Figure 2) and devoted 46 years to the Astrographic Catalogue, the first international scheme to use photography to catalogue stars in both hemispheres. Along with his niece, Ethel Bellamy, he catalogued some one million stars. While Bellamy was made as a Fellow of the Royal Astronomical Society in 1896, Ethel followed suit in 1926 (Figure 3). In 1931, H. H. Plaskett was appointed as the new Chair of the Observatory; unfortunately Bellamy could not get along with his new superior and resigned from his post on 30 January 1936. He died, perhaps heartbroken, two weeks later on 15 February.

Bellamy started collecting stamps as a child of 5 years. His interest lay in the Oxford and Cambridge College Messenger Stamps of which he possessed some 2,500 items. These and some other stamps and material were acquired by John Johnson through Ethel Bellamy and is now in the world-famous John Johnson Collection of Printed Ephemera held by the Bodleian Library.

Bellamy was the author of Oxford and Cambridge College Messengers Postage Stamps, Cards, and Envelopes 1871-86 (1921) and A Concise Register of the College Messenger Postage Stamps, Envelopes, and Cards used in the Universities of Oxford and Cambridge 1871-95, together with the stamps used by the Oxford Union Society 1859-85 (1925). He also co-authored A History of the Philatelic Congress of Great Britain and a Précis of the Proceedings at the First Four Congresses held at Manchester, London, Birmingham, Margate in 1909, 1910, 1911, 1912 (1914).

Bellamy’s greatest contribution to the philatelic world was as a member and office bearer of the Oxford Philatelic Society (OPS). On 13 December 1890, a meeting was held in the Boys’ School Room at Gloucester Green to consider forming a “postage stamp collecting club or society in Oxford”. As a result, The Jubilee Philatelic Association came into being on 27 January 1891, with Bellamy as its Honorary Secretary and Treasurer. This association merged into (or more likely the earlier society was renamed as) the OPS on 22 March 1892. Bellamy continued in the same posts till 1930 and once again from 1933 or 1934.

Bellamy was a prickly person though meticulous and dedicated. For example, in 1889 he had helped form the Oxford Photographic Society but resigned in 1892 on a matter of principle and refused to join its successor, the Oxford Camera Club; he joined the Banbury Photographic Club instead! The gap of 3 or 4 years ins his OPS tenure came about thus: In a meeting of the OPS held on 12 March 1929, Bellamy was outvoted 8-1 on an issue of increasing the yearly subscription. He put forth his intention of resigning the same day though he agreed to continue to act as the Hon. Sec. and Treasurer until the next Annual General Meeting in January 1930. While one Captain Harley succeeded him, no further meetings were held till 25 July 1933. Bellamy came back to occupy his posts in either this or the next meeting held on 13 February 1934.

Bellamy’s interest in philatelic literature dated back to probably the last two decades of the 19th century. He was Judge of philatelic literature at the London Philatelic Exhibition 1897. By 1916 Bellamy had amassed a massive library. Some items from his library was used by Edward D. Bacon while compiling the Crawford Catalogue.

By the turn of the century, Bellamy had made up his mind to donate his collection to the University of Oxford. He informally discussed this with the University in 1916 but was asked to wait for the end of the war.

In 1920 he made a formal offer which was rejected six years later in 1926. The University rejected the offer:

…on the ground mainly that philately is not a branch of the University studies and that the collection, however desirable, would be a source of expense to the University which it would not be justified in incurring.

Bitterly hurt, Bellamy wrote two letters, one which was published in The Times on 9 June and the other more detailed one in The Oxford Times on 25 June 1926. In them Bellamy claims that he had offered to bear all present and future expenses arising from this gift. Only space was required of which there was enough in several University buildings; further if it ran short later, the items could be removed or destroyed then! He felt that the University’s Council had failed to appreciate the importance of postal history. Unsaid was that if the British Museum could accept the Earl of Crawford’s bequest, why could not the University of Oxford his gift, which was of an equally high standard?

These letters were later reprinted as a monograph titled Statement and Comments upon the Result of a Proffered Gift to the University of Oxford (Figure 3). This monograph is now quite rare.

At the time of his death in 1936, Bellamy was under the impression that his collection was going to Queen’s College (Cambridge). While Queen’s had indeed provisionally accepted, they declined in view of the financial position of his two nieces who lived with Bellamy and were dependent on him; Bellamy himself dying insolvent.

The earliest books were from about 1500 AD being Acts and Postal Proclamations and road-books of pre-railroad days. A manuscript catalogue of the library is held in the John Johnson collection.

Bellamy’s library was sold to Albert H. Harris in 1938. It weighed around 10 tons then. Since then Bellamy’s books as evidenced by his bookplate (a rubber stamp 19 mm in diameter in black) on the front covers have been disbursed far and wide (Figure 5 and 6). However in recent times it has become quite difficult to find one; perhaps they are all hiding in existing collections.

12 March 2020: Originally published on 21 February 2020, this post has been extensively revised after the author received a copy of the history of the OPS (can be ordered from the Society). Much new information have been sourced from this book.

22 March 2020: This post has been translated into German by Hans-Joachim Schwanke, the ex-owner and auctioneer of Schwanke Auctions. It can be found here: https://www.schwanke-philatelie.de/2020/03/frank-arthur-bellamy-und-seine-philatelistische-bibliothek

July 2020: This post has been re-published in Wolfgang Maassen’s Phila Historica. The bibliographical details are:

The journal can be downloaded from the following website for a limited time period: http://philahistorica.de/Dokumente/PhilaHistorica_2020_02.pdf 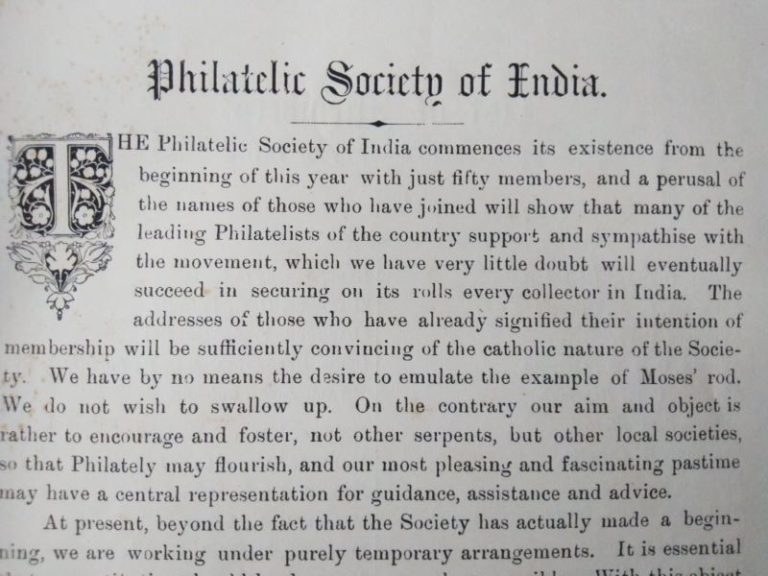 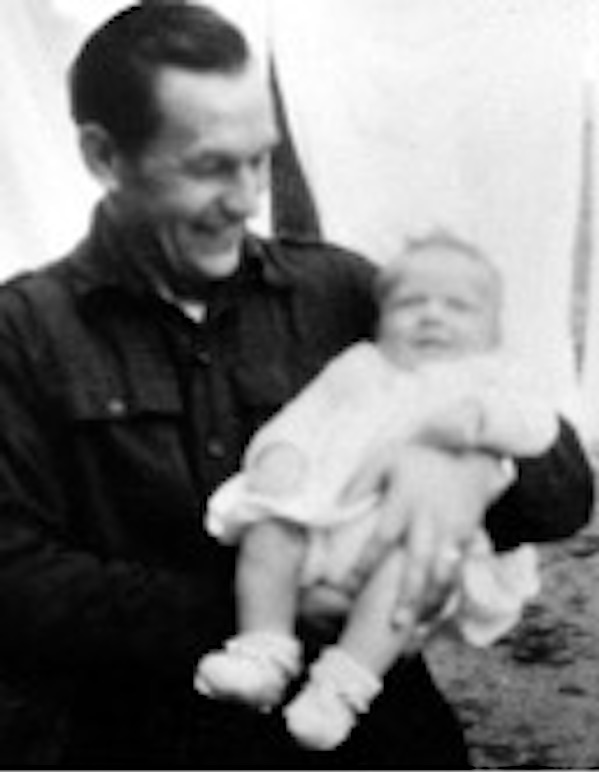 Print 🖨 PDF 📄 eBook 📱 Some years ago, while leafing through the auction catalogue of the George T. Turner Philatelic Library which was held in May 1981, I came across lot 3265 which was listed under the heading CURIOUSA. Its description read: SINGER, S. The People with the Calumny, 1908, one of the rarest…